When the smoke around the head has cleared...

Boudewijn de Groot used to sing this in 1972. Even older is the way to exhaust smoke. The Indians had a hole in the top of their tepee. The post-war houses used a chimney to remove the smoke from the coal stoves. Nowadays, the chimney is still very useful for conveying the smoke from the fireplace.

Or do you let the smoke get out through the living room, the hallway and the front door? The latter sounds very strange. But in underground car parks this is apparently quite normal. Although there is no fireplace there, a car could be on fire. This happened last year in the Singel parking garage in Alkmaar. The impact of the fire was considerable, both in terms of inconvenience to surrounding residents and visitors to the hospital, and in terms of material damage. It took the fire service many hours to get the fire under control, even though only two cars were involved in the fire. There were 150 cars in the car park. The smoke and heat caused damage to many more vehicles. 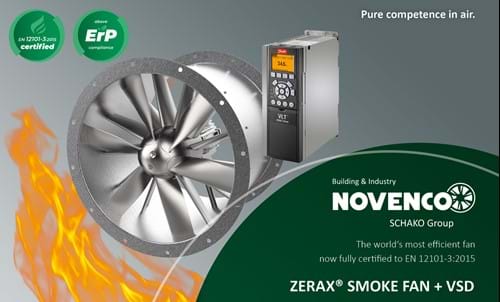 Every sentence in the report on this fire indicates that the smoke was the main problem. The members of the Smoke Management Systems section of the Federation of Safety Netherlands believe that a nuance is in order here. Smoke development is a FACT in a car fire. The true problem is that this smoke is not removed adequately. In the Singel garage, a ventilation system was installed in 1998 to remove the exhaust gases from the cars. The removal of smoke in case of fire was not an issue at the time and the system was not designed for this. In 2020 - 30 years later - we know that the positive effect of removing smoke and heat can make a huge difference. The centuries-old technology of the chimney, supplemented with modern knowledge and technology, offers the solution to remove the smoke from a fire in a car park effectively.

This eliminates the problem of no visibility in the car park and not being able to locate the seat of the fire. As a result, the fire brigade's plan for fighting the fire can be implemented quickly and with much less risk. The detection of a burning (electric) car and the preparation of the approach to extinguish and/or remove the car are made possible by the removal of the accumulation of smoke.

The use of a fire-extinguishing robot has proven that by creating visibility in the garage, the fire can be extinguished much more quickly. We therefore complement the fire brigade for deploying this robot in the case of the fire in Alkmaar. 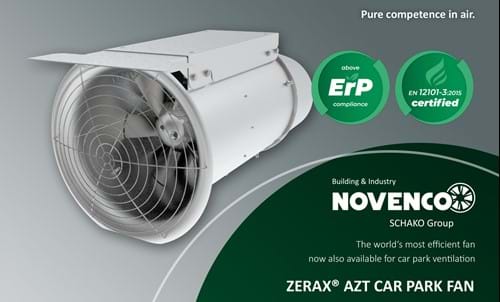 If the ventilation system had discharged the hot smoke from the start of the fire, the extinguishing could have been started earlier. This would have resulted in less damage, less social disruption and less danger for the firefighters. A solution that combines a smoke and heat exhaust system (RWA) with a sprinkler system would increase fire safety even further.

Conclusion, Boudewijn de Groot was right, you can only do something when the smoke around your head has disappeared.

Build a smoke exhaust system, make sure the smoke is gone, so the fire brigade can see what is going on and they can control the situation quickly, limiting the consequences.